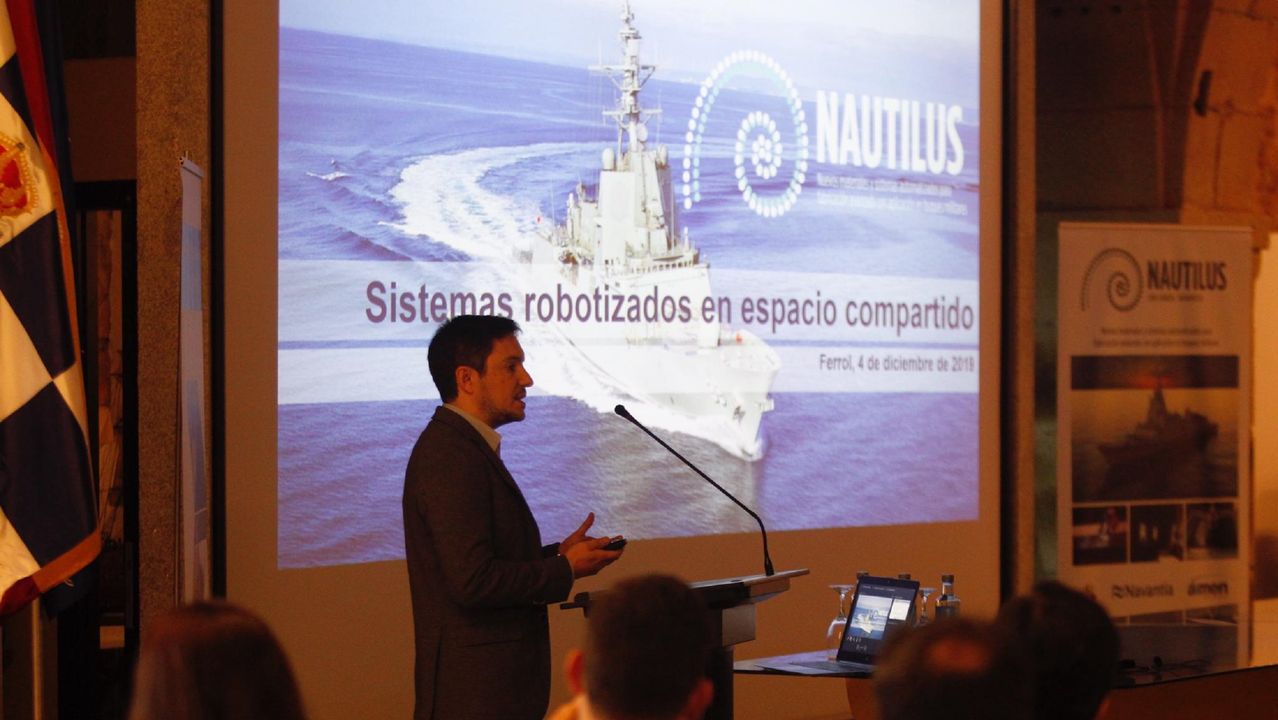 Navantia is clear about the future and it is pursuing to undertake a real revolution both in terms of how to build ships and the facilities . It has two mixed research units underway, that of the Shipyard of the future —with the University of Coruña— and the Nautilus together with the Aimen technology centre. According to Rafael Suárez, responsible for this type of units at Aimen, there are 20 lines which are mobilising around 110 researchers. About twenty specifically hired for these workplaces and the rest of the personnel belonging to Navantia.

From this Wednesday to Thursday at noon, the results that are being achieved in the mixed units are presented at the Exponav facilities, where the need to apply a greater degree of robotization and new technologies to construction has been stressed. Although the themes are diverse, Rafael Suárez argues that the digital twin is one of the most important in this field of work, which also works as a complement to other actions being carried out by Navantia. Francisco Conde, the Economy Advisor, emphasised the importance of the work carried out in the mixed units – with which his department collaborates financially – to increase Navantia’s competitiveness and that this translates not only into direct workload for the shipyard, but also for the auxiliary industry.

In addition, he stated that the projects of the mixed investigation units will mobilise seven million euros until 2021. He also promised that he would continue supporting those specific to the naval sector for the next year. Minutes before his intervention, the Minister of Economy also called on the Central government that already endows the Ferrolano shipyard with workload to avoid the fall in occupation during this exercise and the next. According to Aimen, the two main areas of research that Nautilus addresses are mainly focused on the improvement of processes and products, covering from the development of robotic systems for the first stages of ship manufacturing, to the design and incorporation of solutions based on advanced materials with greater benefits for armor applications. They include six lines of work such as the robotisation of welding operations and the development of collaborative human-machine environments; the application of laser-hybrid technology for panel welding; automatic sheet metal forming using heat lines; the design of new steel-composite systems for ship repair and construction; creating new solutions for shielding; and innovative advanced systems against corrosion.

Meanwhile, the unit of the Shipyard of the future addresses, among others, the modeling and simulation of processes in the shipyard and offshore wind power, augmented reality or the use of adhesives in shipbuilding. It has been three years of work, in the Nautilus they started the last exercise, in many of which tests have already been done to be applied to the F-110 program, where the investigations will materialize. The Naval Center of Excellence will have About 20 technicians There is still no defined location, but the Naval Sector Center of Excellence will be installed without a doubt in Ferrol. It will be launched by Siemens, and will aim to accompany Navantia in the use of the software tool that will provide it “with new solutions” in the development of its products. This was confirmed yesterday by the director of Technology and Digital Transformation of Navantia, Donato Martínez, who explained that this center will have between 15 and 20 professionals from Siemens.

However, it will not only provide services to the public company, but to all interested companies in the sector. In this regard, he recalled that the Andalusian engineering company Ghenova —which also has a delegation in Ferrol— works closely with Siemens for German shipyards. «Having a Siemens center of excellence that helps the entire ecosystem and increasingly has more tools efficient so that less effort is required to make a boat is a general help “, explains Donato Martínez. This centre, however, is an additional service offered by Siemens in the tender for the supply of technology to Navantia for the development of the digital twin , and that is outside the contract signed with the public company. “It is an added value and a commitment of Siemens for Spain and for the naval sector in the leadership of software solutions for the design of ships,” he added.

The control of Navantia explained that some confusion has been generated with this centre of excellence on the control of the digital twin of Navantia’s ships. It is a replica of the ship ashore, which allows having all kinds of information not only for the construction phase of the ship, but also for the maintenance phase. The company chaired by Susana de Sarriá will have the aforementioned Siemens tool for the development of the digital twin, but Navantia will carry it out.In fact, it already has some advanced work in the A Cabana Center for Innovation and Services, some of which he plans to present early next year.

Like the rest of the technological innovations associated with the transformation of Navantia, the digital twin will be applied in its entirety in the construction program of the future five F-110 frigates for the Spanish Navy, to be carried out in Ferrol.