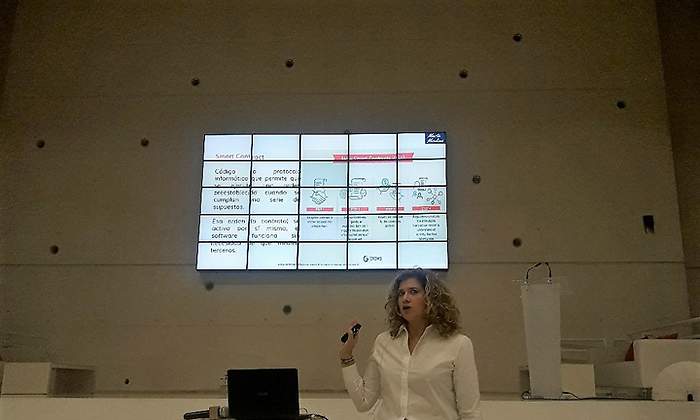 Artificial Intelligence, Machine Learning, Cybersecurity or Blockchain are some of the main technologies that are transforming jobs and that will continue to impact future jobs at a time when the fifth industrial revolution is already coming. But how are they going to impact? How are they going to be jobs? How can you be successful in the Digital Age?

Today there is talk of a fourth industrial revolution or Industry 4.0, but now a fifth industrial revolution is starting, which experts call ‘digital sustainability’ or ‘automated intelligence’, within which a singularity will be reached technological and that will be developed in three phases: computers in a first phase from 2025 to 2030 will reach a level of computing that will resemble the functions of the human brain, Artificial Intelligence applied to computers will begin to improve themselves and, in the third phase, which will be around 2040, computers will be fully capable of improving themselves without human intervention.

Nowadays, algorithms only do 22% of our work on average, but in 2040 they are expected to do 80%, with only 20% remaining for properly human tasks. It is a situation in which the educational system is not prepared because it is designed precisely for the second or third industrial revolution. One reason why it is important to “change the way of educating children and we as professionals, we have to start cultivating skills such as creativity or cognitive flexibility because it is the most properly human” in order to be prepared to perform occupations that will come, as explained by Marta Mouliaá, career counselor and expert in People Development during the talk ‘Employment of the future-How to succeed in the Digital Age’, which he gave in Zaragoza Activa, in statements to elEconomista.es

Among all of these technologies we have Artificial Intelligence, machine learning and deep learning. In this framework, data ethics jobs are incorporated because “the algorithms by themselves do not discriminate, unless the programmer consciously discriminates. The problem is Big Data and where they drink all the data and the reflection of society , of the discrimination that is taking place “. It is a profession in which professionals from Psychology, Sociology or Anthropology with knowledge of Big Data are normally employed.

Big Data has an important impact on the job market with jobs such as data analyst and scientist, data engineer or data designer and administrator, among others, as well as cybersecurity, the latter area Professions such as ethical hacker, forensic analyst, cybersecurity consultants or front end or video game developers, among others, are being incorporated.

Finally, we must also talk about Blockchain, an area in which developer jobs are required, but also strategy design to incorporate this technology into business processes. They are areas in which, for example, people with a double degree in law, economics or in the scientific field, are doing postgraduate degrees in Big Data, Blockchain … that “open the doors to incorporation in companies to study what is the company and say the business model or how to implement that technology in the process or to create new products or services or transform existing ones. “

These qualified jobs require developing a series of competencies and skills such as critical thinking, curiosity, analytical skills, managing virtual teams, solving complex problems, strategic business vision, cognitive flexibility and technical and digital knowledge, in addition to having to “be in beta phase permanently and have a benchmark in the sector. “

Apart from these jobs, the technologies will also impact the activity sectors and other jobs, including operators and including activities in the cleaning, warehouse or maintenance area, among others, that will require wearables such as PDAs to report or use certain applications or work in the cloud. Other professions that may be affected by the technological impact is the commercial area of ​​companies, which many companies have already started to migrate to the cloud.

In basic positions, specific training is also required such as the use of a word processor to know how to write, spreadsheets, databases, manage forms and use social networks because ‘more and more the client has to be given an anwer’.